Well, Tracy and I just spent three days in Anaheim, CA at Winter NAMM 2012.  We had a great time, but three days later we're still experiencing a NAMM hangover.  For the uninitiated, here's the Wikiedia entry for the NAMM show:

The NAMM Show is one of the largest music product trade shows in the world, founded in 1901. It is held every January in Anaheim, California, USA, at the Anaheim Convention Center. Its only major competitor is the Musik Messe in Frankfurt.

NAMM is a trade-only business show catering to domestic and international dealers and distributors, and the product exhibits are an integral part of the show, allowing the dealers and distributors to see what's new, negotiate deals and plan their purchasing for the next 6 to 12 months. Only employees of the exhibiting manufacturers and/or NAMM member retailers and distributors are allowed to attend, along with credentialed members of the press. Exhibitors are alloted a specific number of badges based on the square footage of their booth, after which a $25 fee per badge is assessed. Dealers are allowed a certain number of badges based on different criteria.

The acronym NAMM originally stood for the National Association of Music Merchants, but has evolved from a national entity representing the interests of music products retailers to an international association including commercial, reseller members, affiliates and manufacturers.

OK, now that the uninitiated are up to speed, here's MY description of NAMM: it is a scene and a half!  Really, it's indescribable; you have to experience it.  Complete aural and visual overload--while trying to navigate a vast, cavernous maze.  If you're interested in music and music gear, it's a wonderland--but it's way, way too big a meal to digest.  If you could weed out half the people and take a week to explore, it'd be great!

The Anaheim Convention Center is GINORMOUS, and there are THOUSANDS of booths to check out.  Well over 100,000 people attend over the four day run of NAMM, so it's extremely crowded.  And LOUD: there's a constant dissonant roar created by hundreds of shredding guitar players, thundering drum kits, blasting p.a. systems, etc., etc.  You can't hear yourself think, and all around you are compelling things to look at & explore.  There's a cool new keyboard...There's a guy who looks like he's from Mars...There's a state of the art mixing board...There's Stevie Wonder!  It just wears you out.  The summer NAMM show, held in Nashville, TN--which I'd attended before--is amazing.  But the Anaheim version is estimated to be FOUR TIMES AS LARGE!  I'd been warned, but it was still overwhelming.

A picture is worth a thousand words.  Below are a few that Tracy and I took.  Understand that this is just a tiny peek; to actually document NAMM would require thousands of photos. 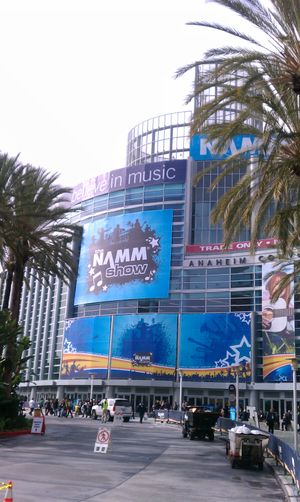 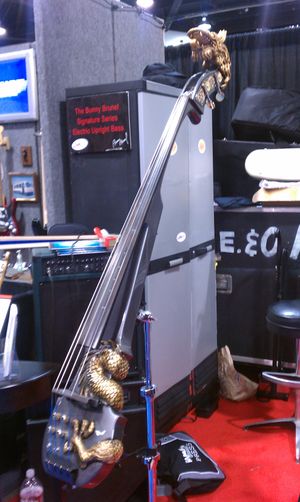 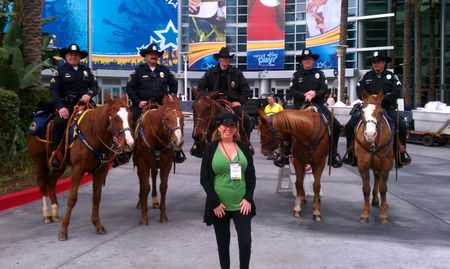 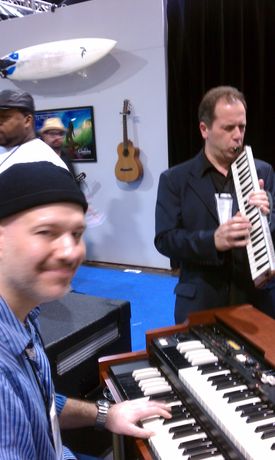 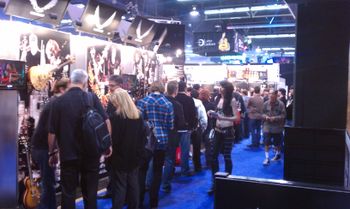 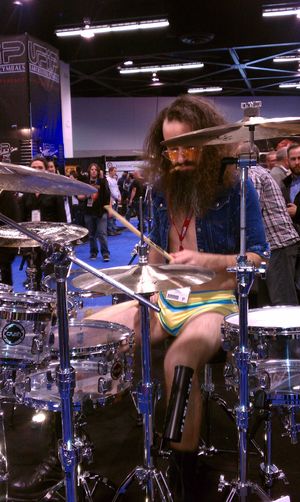 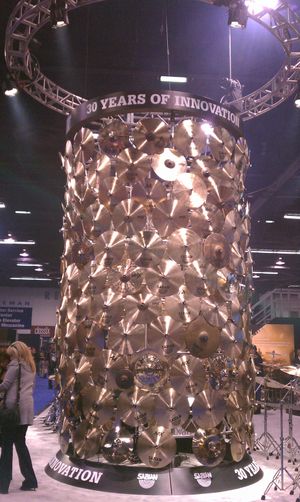 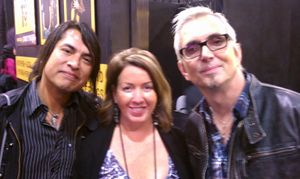 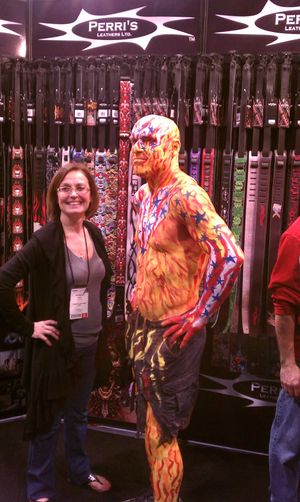 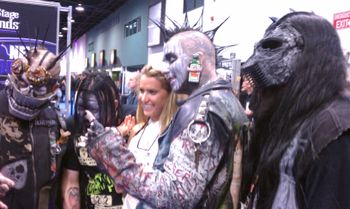