"Saturday night's tribute to 'the Wicked Pickett' was a smash hit, doing turn-away business at Jimmy Mak's."  --The Oregonian

"James Brown might be gone, but his spirit remains." --The Oregonian

"As heavy as [Memphis soul's] impact has been, don't forget how flat-out good the music was.  The Portland Soul All-Stars will remind you."  --The Oregonian

Back in 2006, when soul music giants Wilson Pickett and James Brown passed, Louis assembled the Portland Soul All-Stars to perform tributes to them.  Later came a heartfelt tribute to Etta James.  In each case, the band didn't simply play the artist's hits, but played lesser-known songs as well, all while putting the music into the context of the artist's remarkable life and career.

This tribute band-with-a-difference, the Portland Soul All-Stars--made up of some of Portland's top vocalists & musicians--has subsequently come together to reprise the Pickett & JB shows, as well as to stage tributes to Memphis Soul, Romantic Soul, Blue Christmas, Sweet Summer Soul, and Philly Soul.  Each and every one these shows--whether at the Safeway Waterfront Blues Festival or at Portland's Jimmy Mak's, has been hugely successful, both artistically and in terms of audience turnout and response.  The band is a true "all-star" group, having featured most of the top soul singers in the NW (e.g., Curtis Salgado, Andy Stokes, Liv Warfield, Lisa Mann, LaRhonda Steele, Sean Holmes, and the late, great Linda Hornbuckle).

Other appearances: In addition to its Jimmy Mak's and Safeway Waterfront Blues Festival Appearances, The Portland Soul All-Stars have performed at Soulful Giving, a cancer benefit, on 8-1-15; at Camas, Washington's Concerts in the Parks series on 8-5-15; and at the LPGA's Portland Classic VIP Dinner in 2014, 2015, and 2016 (with yet another performance scheduled for 2017).  The band also played Camas, Washington's Concerts for a Cause series in August, 2014 [see photo below].

Also, a slightly bluesier version of the PSAS, King Louie's Portland Blues Revue--featuring many of the same musicians & vocalists (e.g., Andy Stokes, LaRhonda Steele, & Lisa Mann)--set attendance records at Bend, OR's prestigious "Jazz at the Oxford" series three years running (in October, 2012, 2013, and 2014).  That group also tore it up in July, 2014 at the Safeway Waterfront Blues Festival.  The following year, that super-group was the closing act on July 4th, 2015 at the blues festival, performing for approximately 20,000 people!  And the Blues Revue's CD release, "Live at Riverhouse Jazz," was honored by Downbeat as one of the "Best Albums Of 2018!" 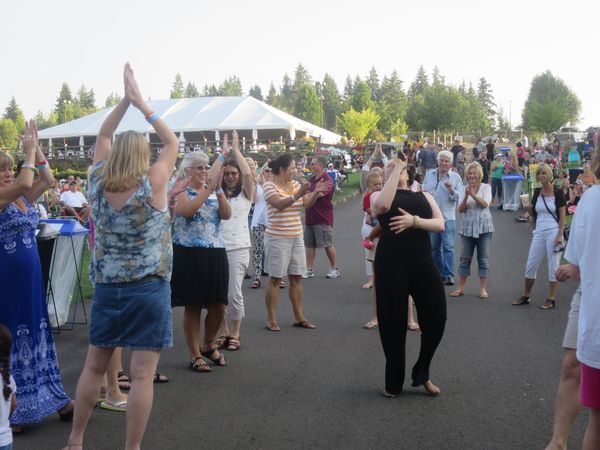 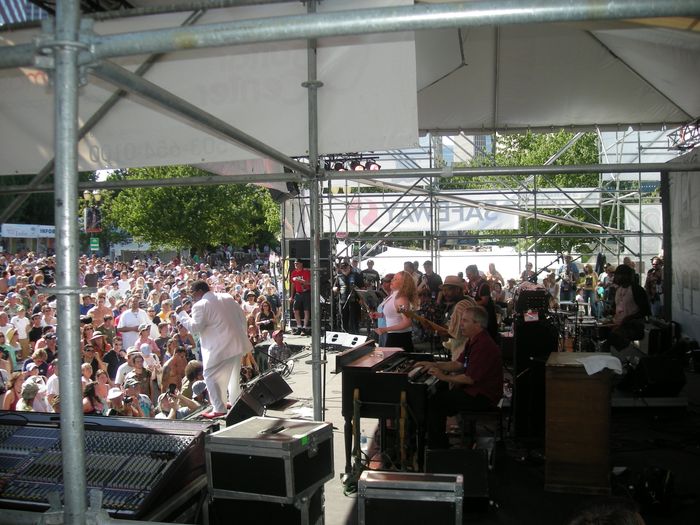 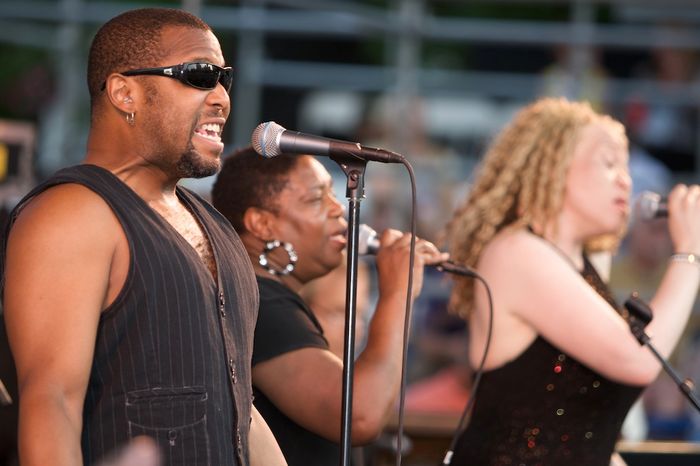 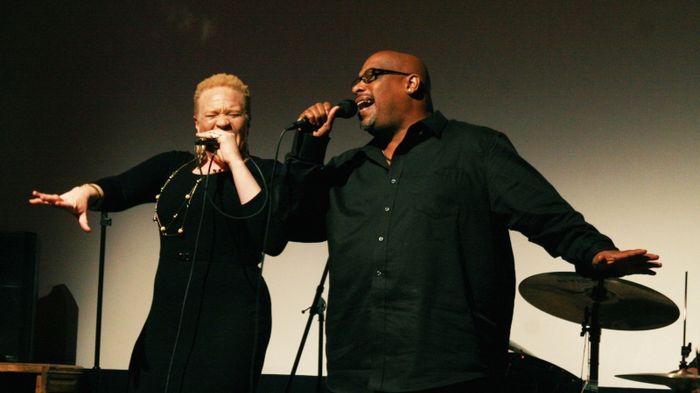 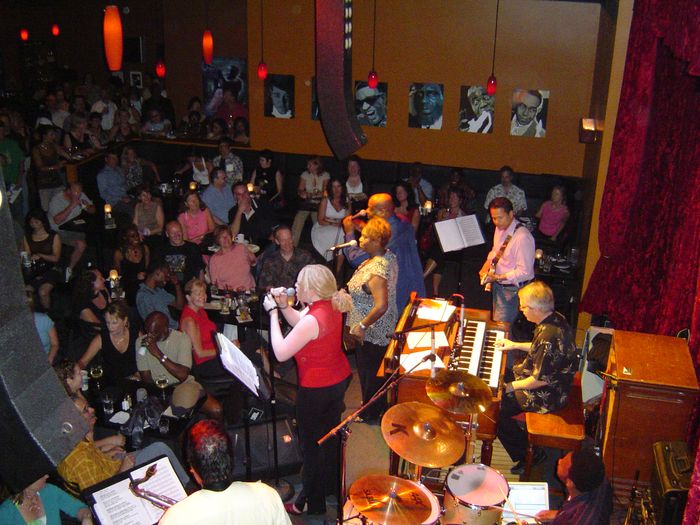 Below is a review of the first Portland Soul All-Stars show--a heartfelt tribute to the recently deceased soul music great "Wicked" Wilson Pickett. 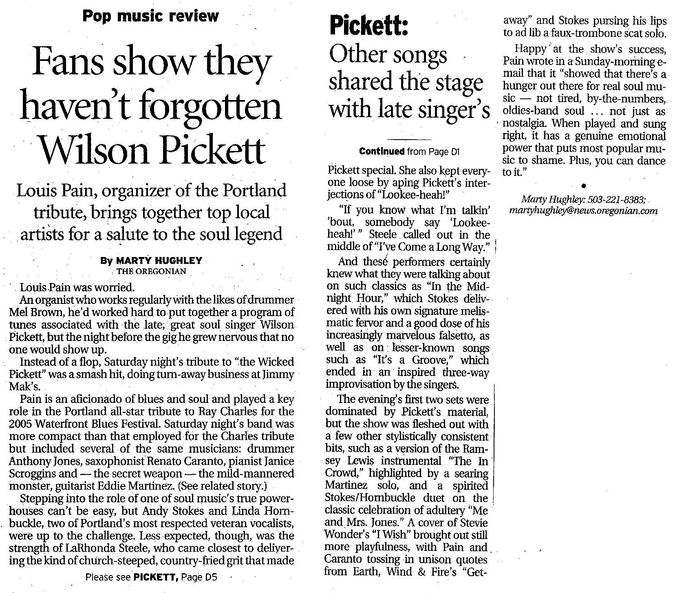 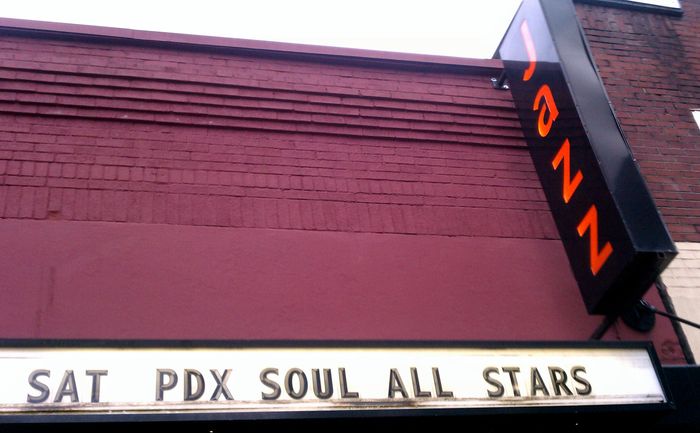 The Portland Soul All-Stars performed at this 2015 event 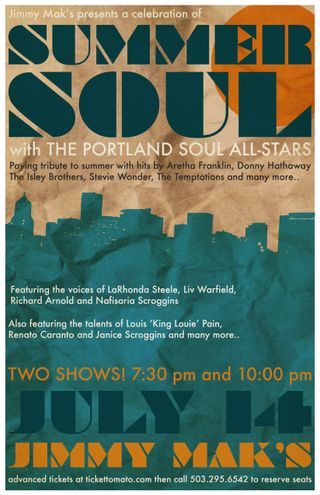 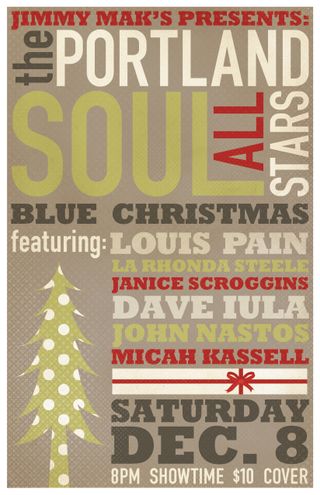 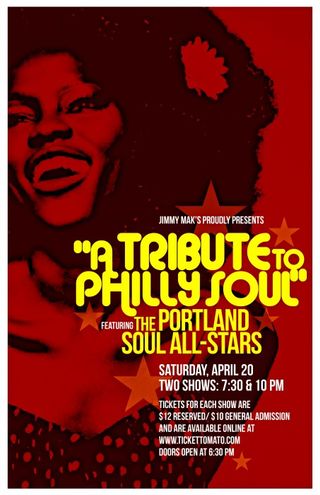 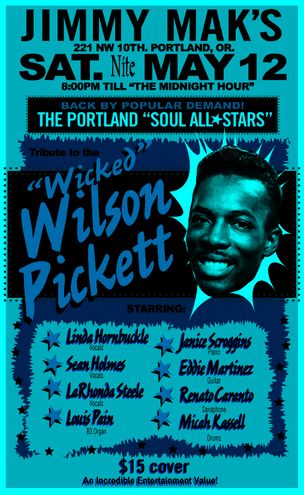 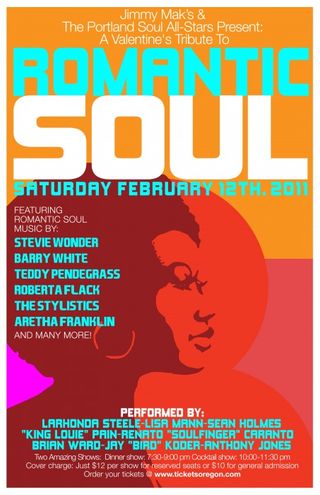 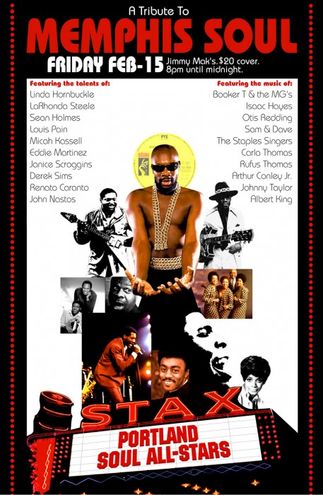 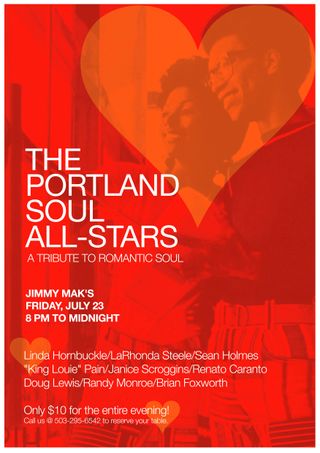 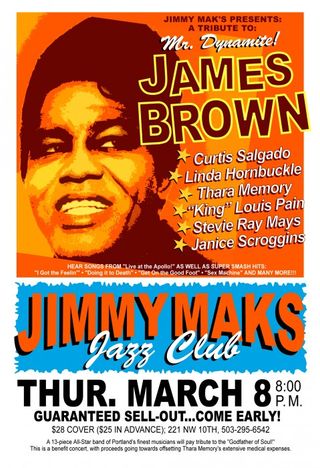 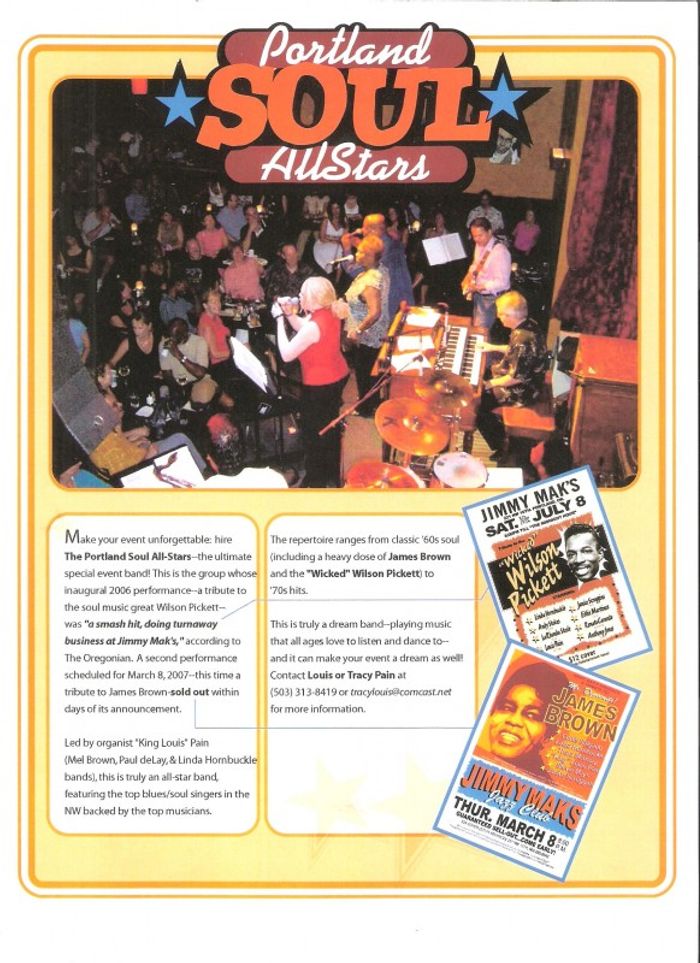