I'm a well-known keyboardist in the Portland, Oregon area, having played & recorded with many of the top local blues, jazz, & soul artists (as well as with quite a few from parts beyond). Yet I didn't start taking traditional piano lessons at a young age like you might think.  I was 18 when I started playing, and my first teacher (Norm Bellas) got me improvising blues from Day 1—before I learned a single scale or exercise.  It worked for me, and I teach my own students the same way.

Music is a language, and I believe it's best taught the same way we learn to speak: by doing.  As children, we didn't learn reading, writing, and the rules of syntax & grammar first: we just started talking!  Reading, theory, scales, technique—all those elements of music have their place, and I do incorporate them in my teaching.  But at the heart of my method is playing by ear, and you'd be amazed how fun and easy it is to do.

Whether you're young or old, a complete beginner or a seasoned pro, I can show you how to have the time of your life playing blues, jazz, & soul keyboards.

BTW, in response to numerous requests, I'm now set up to give Skype organ lessons.  So if you're interested in studying with me, distance is no longer an issue! 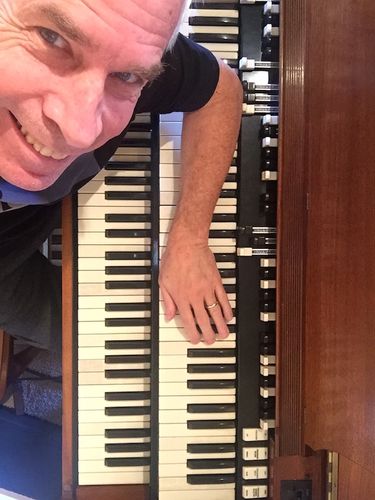 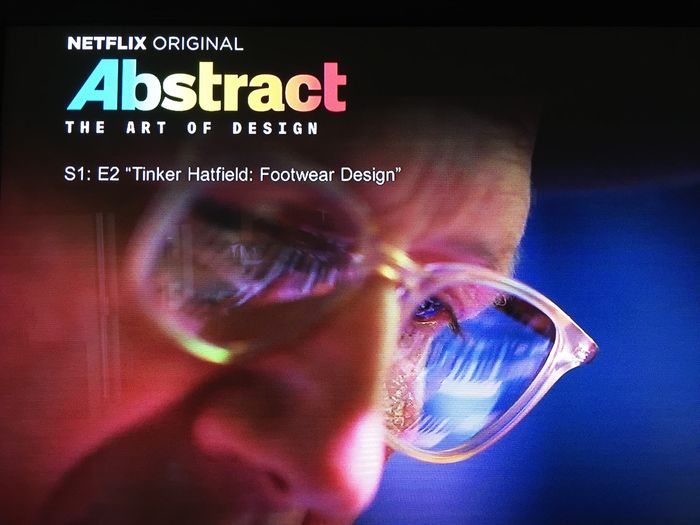 One of my organ students is Nike design legend Tinker Hatfield, who played B-3 in a Netflix documentary about him (part of the "Art of Design" series). 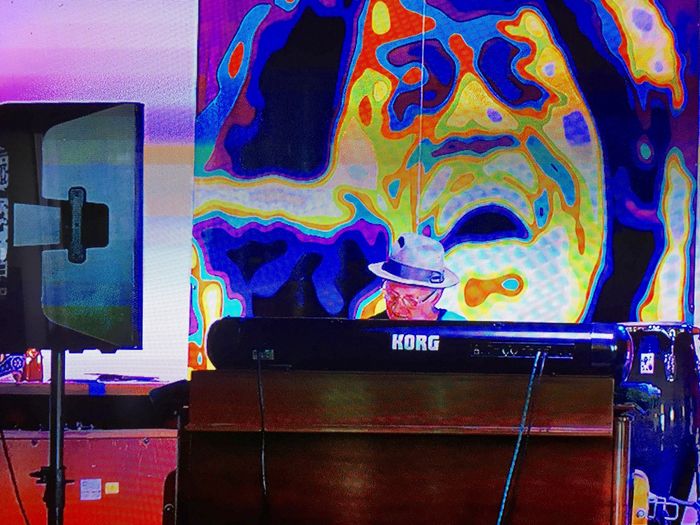 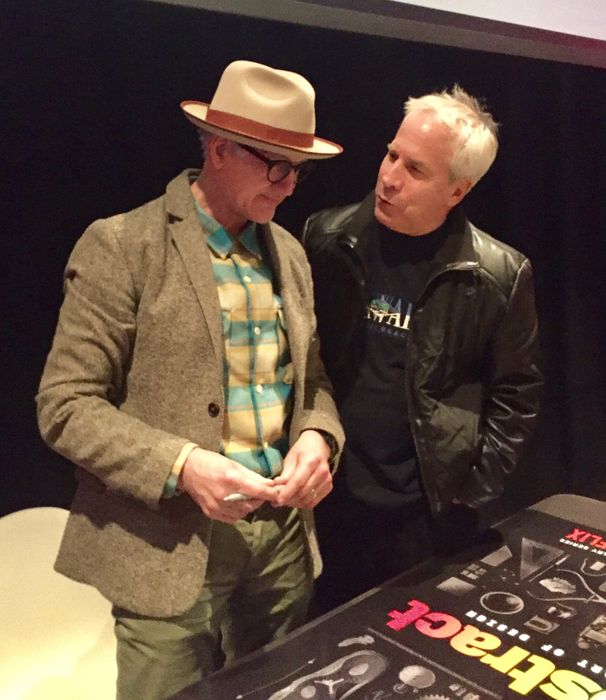 Several years ago, Louis led a two-evening "Jazz Masters Series" organ clinic at Portland's Jimmy Mak's.  He first spoke briefly about the history of the Hammond B-3 in jazz, demonstrating some elements & techniques as he went.  Then the Mel Brown B-3 Organ Group performed some tunes associated with various jazz organ greats, with a bit of extra talk along the way--including questions from the audience.  On the first night, the organists covered represented jazz organ's "Founding Fathers."  The second night, the band switched to the "Young Lions" of the following generation.

Below are the front & back pages of the eight-page glossy program created for the clinic.  [The full program isn't included here because the text doesn't scan well for reading.]  Audience members said that the combination of the discussion, the performance, and the program gave them a wonderful new understanding and appreciation of the role and history of the Hammond B-3 organ in jazz.  Even drum master Mel Brown, who had played with jazz organists for decades, said he'd learned a couple of things!

Considering the enthusiastic response to the "Jazz Masters" organ group clinic, a reprise seems overdue--whether in a night club or a formal educational setting.  Few collegiate jazz curriculums include study of the Hammond B-3 and its role in jazz, and Louis believes this should be rectified--not only for the sake of potential organists but for those (drummers, guitarists, horn players, etc.) who might have the opportunity to work with them.  Due in part to the financial realities of the music business, organ groups--which can sound like "little big bands"--have served as training grounds for many, many jazz greats.  Wes Montgomery, Joe Henderson, Kenny Burrell, Art Blakey, Stanley Turrentine, Blue Mitchell, John Coltrane (yes!): the list of organ group veterans is endless.

Louis believes that learning about the B-3 and the organ group genre is a valuable--if often neglected--part of an aspiring jazz musician's education. 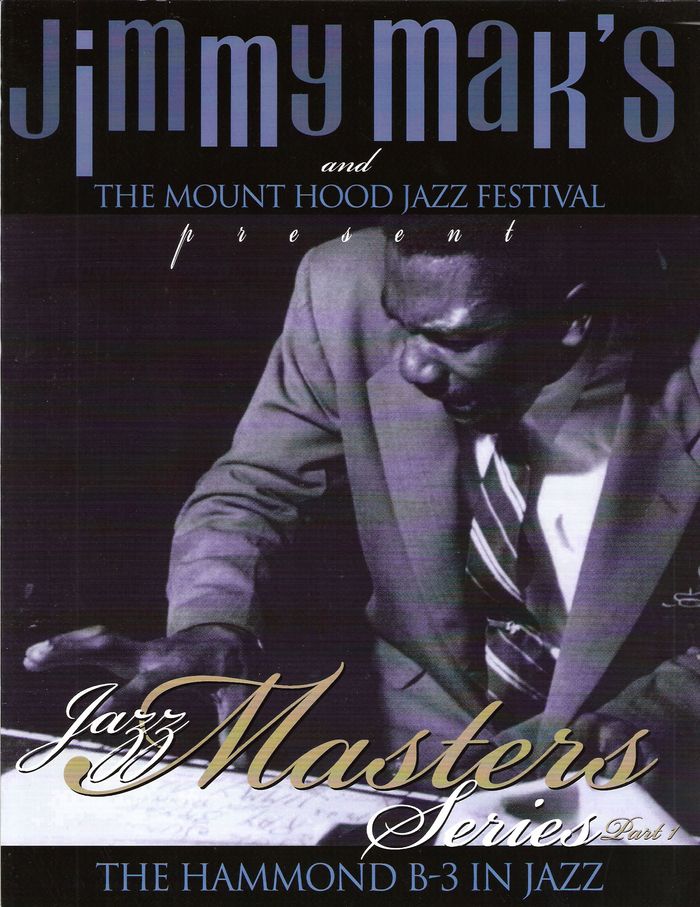 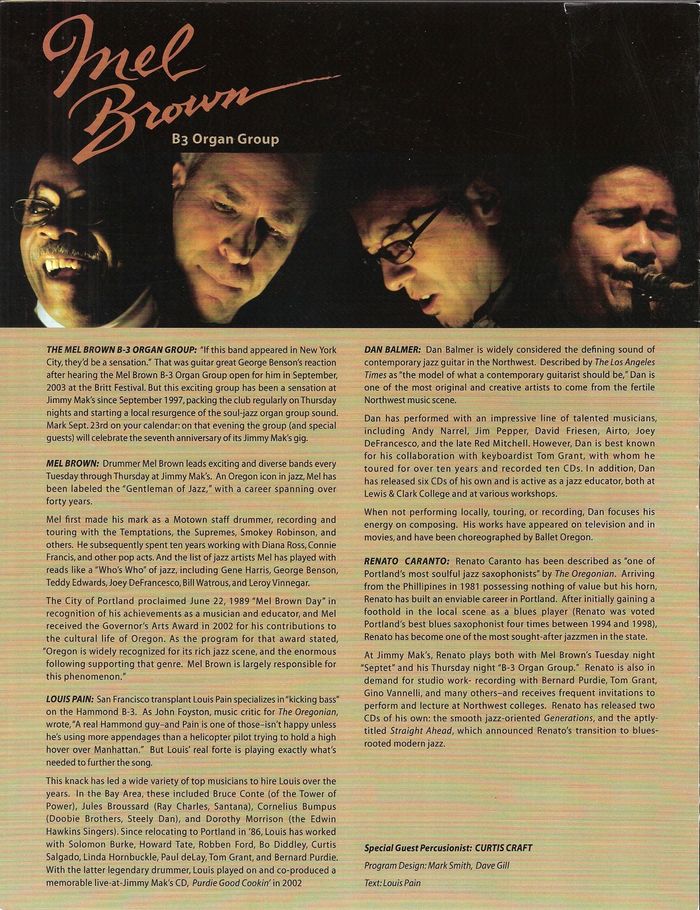