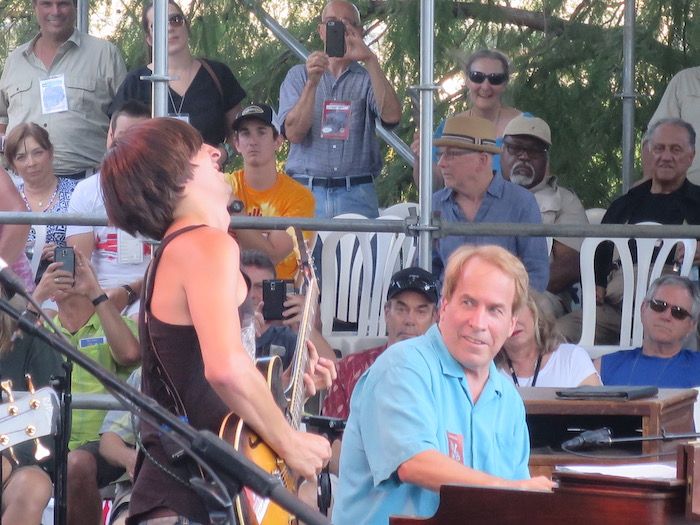 Those who subscribe to the notion that only age and a lifetime of hardships can produce a blues musician have probably never heard Ty Curtis play guitar and sing, or listened to the powerful lyrics of his songs.  Despite being one of Oregon's younger blues musicians, Ty has already released seven award winning CDs.  As Greg Johnson, president of the Cascade Blues Association, stated, “Ty’s lyrics and music show growth, and these tunes shouldn't just appeal to the blues crowd; Ty's fully capable of crossing over for any audience that is put in front of him.”

What conveys so strongly on recordings translates magnificently in live performance.  Ty has repeatedly packed venues throughout the Pacific Northwest and delivers a knock out, high energy show every time out.  As the late great Paul Delay put it “Ty plays it like a young man should, straight ahead and from the heart.”

Louis played with Ty on the bulk of his gigs from 2014-2015, including a memorable performance at the 2015 Waterfront Blues Festival (pictured above).  Louis also flew down to Austin, Texas to play a couple of gigs with Ty after Ty relocated there.  Ty has now moved back to Oregon and is back in the mix in his home state.