"If this band appeared in New York City, they'd be a sensation!" That was guitar great--and one-time Mel Brown bandmate--George Benson's reaction after hearing the Mel Brown B-3 Organ Group open for him back in September, 2003 at Oregon's prestigious Britt Festival.

In fact, this true all-star band--each member is widely viewed as tops in the Northwest on his instrument--has been a sensation for a long while now. With a collective resume that reads like a "Who's Who" of jazz, blues, and soul (all four members are Oregon Music Hall of Fame inductees), this group has the talent and confidence to be completely spontaneous--from their blistering solos to their improvised arrangements and segues. No wonder they've thrilled audiences wherever they've played. Those venues have included Portland's top jazz club, Jimmy Mak's (every Thursday night for the entire 20-year run of that legendary jazz venue), the Jack London Revue (home to the band for the past 3 years), the Safeway Waterfront Blues Festival, The Britt Festival, The Mt. Hood Jazz Festival, the Rose City Festival, the Bite Of Oregon, The Port Townsend Jazz Festival, Jazz in the Valley, the Newport, OR Jazz Festival, Jazz at the Oxford, the Montavilla Jazz Festival, and many more.

UPDATE: The band's steady Thursday night gig at the Jack London Revue went on hiatus during the height of the pandemic.  But the guys are scheduled to return for a special two-night holiday performance on Thursday & Friday, 12/9-10/21.  Check the "Gigs" tab at this website for details.

NOTE: Mel and the band are featured in an hour-long, nationally syndicated NPR program, "Jazz Night In America," released 10/21/21.  Mel is interviewed by the program host Christian McBride (a huge Motown fan, as it turns out), and excerpts from a smoking set from the 2019 Montavilla Jazz Festival (including three Louis Pain originals) are played.  At one point in the interview with Mel, McBride exclaims, “Oh my goodness; my mind is blown!”  Here's the link to that program! 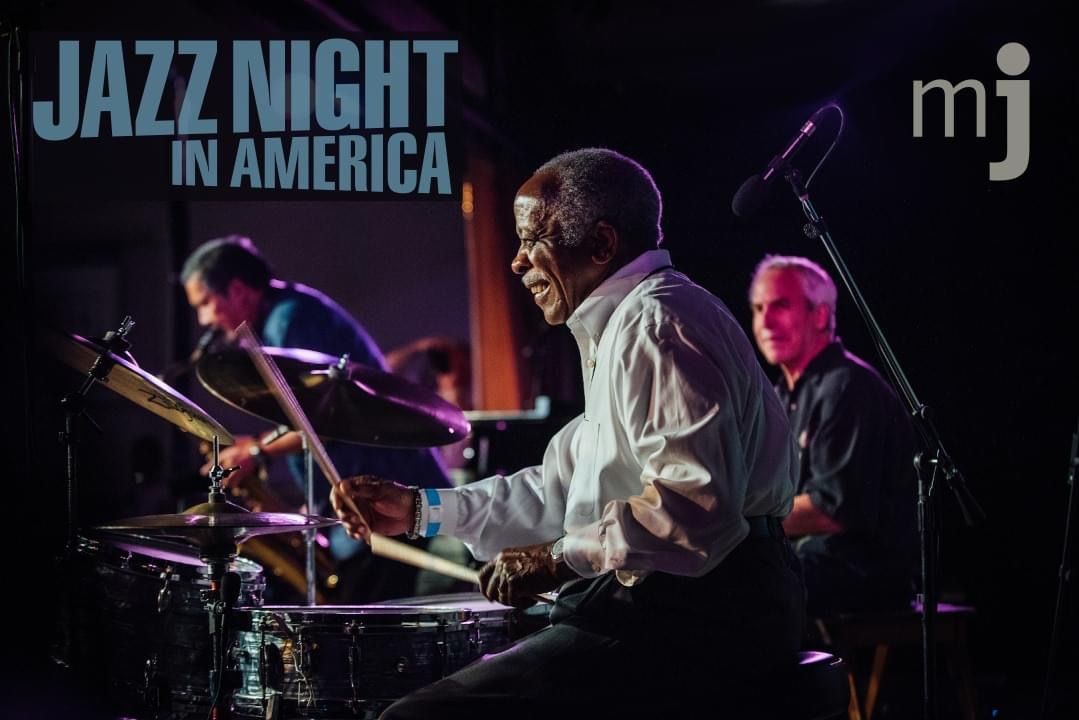 An Oregon icon, Mel has been labeled the "Gentleman of Jazz," with a career spanning over forty years. The city of Portland proclaimed June 22, 1989 Mel Brown Day in recognition of Mel's achievements as a musician and educator, and he received the Governor's Arts Award in 2002. Mel is also a member of the Oregon Music Hall of Fame.

Mel first made his mark as a Motown staff drummer, recording and touring with Martha Reeves, The Temptations, Smokey Robinson, and others. He subsequently spent ten years working with Diana Ross and other pop acts before giving up the road in 1991 and returning home to his first love: jazz.

Mel has been a fixture in Portland ever since.  He lead different groups six nights each and every week for 20 years at Portland’s Jimmy Mak's and other venues.  Until the pandemic interrupted things, Mel held forth weekly at the Jack London Revue on Thursdays, at Salty’s On The Columbia on Fridays, and at Christo’s Pizzaria (in Salem, OR) every 2nd Saturday.  Mel has also stayed busy recording, playing big band gigs, and backing top visiting artists like Joey DeFrancesco, Benny Golson and Martha Reeves. And somehow, Mel has kept up this busy musical schedule while maintaining a day job as a tax accountant!

Dan is widely considered the defining sound of contemporary jazz guitar in the Northwest. Described by the Los Angeles Times as "the model of what a contemporary guitarist should be," Dan is one of the most original and creative artists to come from the fertile Northwest music scene. Dan has performed with a long list of jazz greats, including Diane Schur, Joey deFrancesco, and Les McCann. Dan has released six CDs of his own, is active as a jazz educator, and is a noted composer. www.danbalmer.com

Renato Caranto arrived in the U.S. From his native Philippines with no possessions save a suitcase full of clothes and his horn. After touring the West Coast for a decade with a Philippine Top 40 band, Renato settled in Portland in 1992 and began playing the kind of music he loved: blues, soul, & jazz. But jazz was Renato's true passion, and he never stopped studying and practicing with the goal of breaking into Portland's jazz scene.

Dubbed "Portland's boss of the B-3" by The Oregonian, Louis actually hails from San Francisco, where he played and recorded with a wide variety of top musicians, including Tower of Power guitarist Bruce Conte, Santana saxophonist Jules Broussard, Edwin Hawkins vocalist Dorothy Morrison, and B.B. King saxophonist Bobby Forte.

After moving north in '86, Louis continued the trend, working with top local and visiting jazz, blues, and soul artists, as well as leading his own groups.  The last three releases on Louis’ own Shoug Records label—including the 2019 debut recording by the King Louie Organ Trio—have all been honored by Downbeat in their annual “Best Albums of the Year” issue.  Louis’ knack for  playing exactly what's needed to further the song has made him Portland's "first call" organist.  www.louispain.com

HISTORY OF THE BAND

The Mel Brown B-3 Organ Group, dubbed “Jimmy Mak’s signature band” by The Oregonian--and made up of four Oregon Music Hall of Fame inductees--performed virtually every Thursday evening for the entire 20-year existence of Portland's top jazz & blues club, Jimmy Mak's. That’s a remarkably long run, but while the band was brand new when it debuted at JM's in 1997, its roots extend back even further.

In 1997, most Portland music fans were familiar with Mel Brown as the dean of Portland jazz drummers and for his earlier stint as a Motown staff drummer (working with the likes of Diana Ross, Martha Reeves, Smokey Robinson, and the Temptations).  Before that, Mel had gigged around the NW with Billy Larkin & the Delegates, a funky organ group.  (The band had a regional hit record, “The Pigmy,” which was covered by Booker T & the MG’s.)  Similarly, in 1997 organist Louis “King Louie” Pain was known to Portlanders for his work with the late great Portland bluesman Paul deLay and with soul singer Linda Hornbuckle, but his true roots were in the soul-jazz organ group genre.  In the mid-seventies, back in his native Bay Area, Louis had cut his teeth playing in an organ group led by Bay Area sax legend Jules Broussard (who Mel had actually worked with a few years earlier).

Mel and Louis didn’t learn of this connection until they’d been playing together for some time.  But when Brown first heard Pain in late ‘96, leading a soul-jazz organ group in Lake Oswego, that familiar sound got his imagination going.  Later, when Mel sat down with Jimmy Mak and bartender JD Stubenberg to discuss what kind of music to bring into their new music venue, Mel thought of Louis and that funky, swinging organ group sound.

Choosing the rest of the band members for the Mel Brown B-3 Organ Group was easy.  Mel’s musical right hand man, the late Florida-born trumpeter Thara Memory, had deep roots in soul-jazz.  Guitarist Dan Faehnle, who played regularly with Mel and Thara, was a bluesy jazz player who had played in Louis’ Lake Oswego band.  And saxophonist Renato Caranto was the most exciting and soulful young sax player in town.

Within a month of the group’s inaugural Jimmy Mak’s gig, customers were lining up down the block on Thursday nights.  The band’s unrehearsed-yet-tight Hammond B-3-anchored style (featuring organ bass), dubbed “the sound of spontaneity” by The Oregonian, was something totally new to the young, hip Pearl District audiences.  Adding to the coolness of the gig: mixed in with the youngsters were a few veterans of Portland’s ‘50s & ‘60s jump jazz scene--rooting the band on and, in the case of the late, great Sweet Baby James Benton, occasionally sitting in.

In a stroke of good timing, the club was launching just as the Pearl District was taking off, and Thursday nights at Jimmy Mak’s became a phenomenon.  There was even a huge mural of the band on a building just across the river from the Pearl District.  The excitement of those early years is captured in the group’s first CD, “Live At Jimmy Mak’s,” recorded in March, 1999.  Memory, Faehnle, and Caranto exchange long, scorching solos, punctuated by improvised breaks & horn riffs and backed by Louis & Mel’s funky grooves.  The material ranges from the Jimmy Smith bluesy jazz classic, “Back At the Chicken Shack,” to the smooth Philly Soul ballad, “Betcha By Golly Wow,” with a stop along the way for “The Pigmy.”

The group’s second CD, “Live At the Britt Festival,” was recorded in September, 2003.  The group was opening for George Benson, with whom Mel had worked regularly while living in New York in the ‘70s.  Benson was all-out in his enthusiasm for the B-3 group, saying, "If this band played in New York City, they'd be a sensation!”  By this time, Thara Memory had left the group, and Dan Balmer had replaced Dan Faehnle on guitar, but as the recording shows, the group had lost none of its fire.

Three years later, Jimmy Mak’s moved to new, fancier digs a half block away from its original location at the corner of NW 10th & Everett.  Soon after the move, in June, 2006, the group recorded its third CD, the appropriately-titled “Smokin’ At Jimmy’s.”  This was the group’s first recording with percussionist Curtis Craft.  The CD captures the band’s evolving sound: still fiery & spontaneous, but with the improvised arrangements more cohesive and nuanced as a result of the group’s many years playing together.

In the nearly 15 years since the release of that recording, the beat has gone on for the Mel Brown B-3 Organ Group.  In 2013, The group celebrated its 16th anniversary with a pair of special Jimmy Mak's gigs which were recorded & released as the critically acclaimed CDs "More Today Than Yesterday" and "Ticket To Ride." Up until the outset of the pandemic, they continued to play to packed crowds on Thursday nights--first at Jimmy Mak's, then at the Jack London Revue following the January 2017 closing of the former venue.  The group has also performed at numerous festivals, including the Mt Hood Jazz Festival, the PDX Jazz Festival, Jazz at Newport, the Safeway Waterfront Blues Festival (with Phil Upchurch), the Britt Festival (opening for Mary Wilson the second time around), the Bite of Portland, the Rose Festival, Jazz in the Valley, the Port Townsend Jazz Festival, Jazz at the Oxford, and the Montavilla Jazz Festival (with excerpts from the Montavilla performance broadcast nationwide on an October 2021 NPR program, "Jazz Night In America").

The Mel Brown B-3 Organ Group's sound is no longer unique in Portland.  As early as the late ‘90s, young soul-jazz organ groups, inspired by Mel’s band, began to spring up.  But what has always made the Mel Brown B-3 Organ Group unique isn’t its instrumentation or material: it’s the talent & soul of the band’s members, and their love of creating exciting music together “on the spot.”  Audiences can’t get enough of it!