Louis was dubbed "Portland's Boss of the B-3" by The Oregonian, and KOIN t.v. called LaRhonda Steele, "Portland's First Lady of the Blues!"  This dynamic duo first teamed up back in 1994, at a Safeway Waterfront Blues Festival gospel set organized by Louis. However, it wasn't until around 2014 that they began working together frequently: first in Louis’ all-star blues & soul revues, then in the Linda Hornbuckle Band, and finally as "King Louie & LaRhonda Steele."  These days, Louis is focused on his other groups, including the King Louie Organ Trio, the Mel Brown B-3 Organ Group, the Lloyd Jones Quartet, and more, while LaRhonda is working with her family band and various other projects.  But the pair fondly and proudly remember their dynamic partnership from 2014-2018.

In 2016, Louis & LaRhonda released a CD together, “Rock Me Baby," that received a lot of buzz in the NW and beyond, including a 4-star review in Downbeat Magazine.  (Downbeat also nominated the CD for "Best Blues Album" in their 2016 Critic's Poll, and the CD was included in the January 2017 "Best Albums of The Year" issue.)  The CD beautifully captured the soulful, spontaneous, fun quality of the group's stripped-down club dates.  To hear clips from that CD, click here. 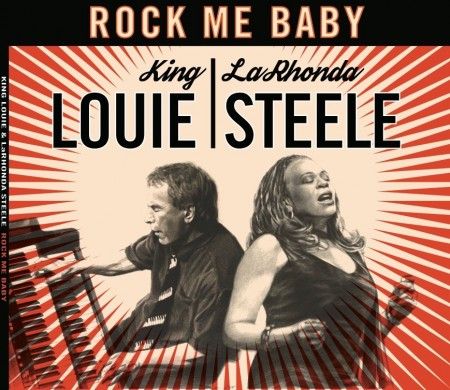 Following the release of "Rock Me Baby," King Louie & LaRhonda Steele played a series of gigs at Portland's top jazz & blues venue, Jimmy Mak's, a main stage performance at the 2016 Safeway Waterfront Blues Festival, and an electrifying set at Italy's prestigious Porretta Soul Festival in July, 2017 that was captured on video.

On a 2018 CD, "King Louie's Blues Revue: Live At Riverhouse Jazz," LaRhonda was joined by two other NW soul/blues vocal powerhouses, Andy Stokes and Lisa Mann.  As with “Rock Me Baby,” the “Riverhouse” CD received numerous critical raves, including another 4-star write-up in Downbeat and another inclusion in Downbeat's "Best Albums Of the Year" issue!  To hear clips from that CD, click here. 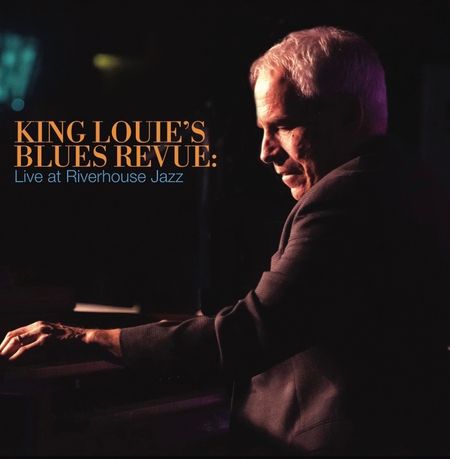 In 2018, Louis & LaRhonda travelled to Colombia to perform and participate in educational workshops in four cities over 9 days at the Cali Blues & Folk Festival.  Here is video from one of their performances.  The audience couldn't stay in their seats! 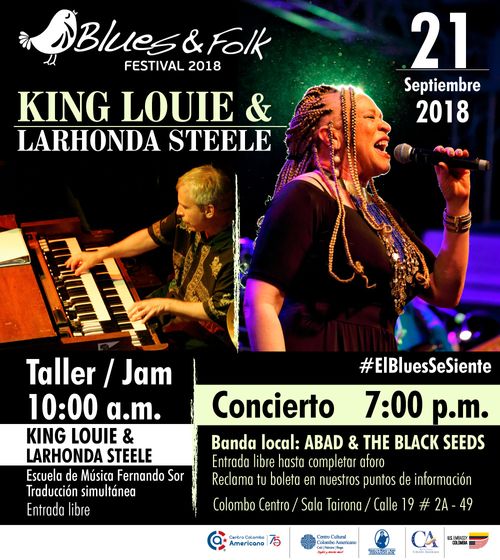 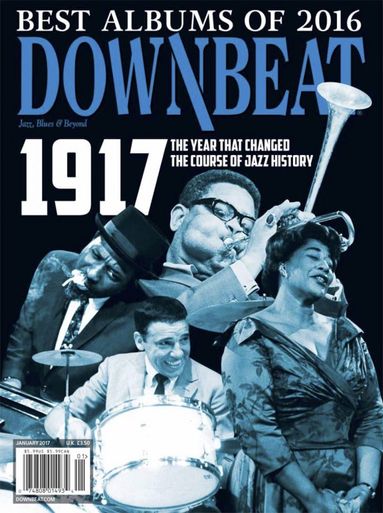 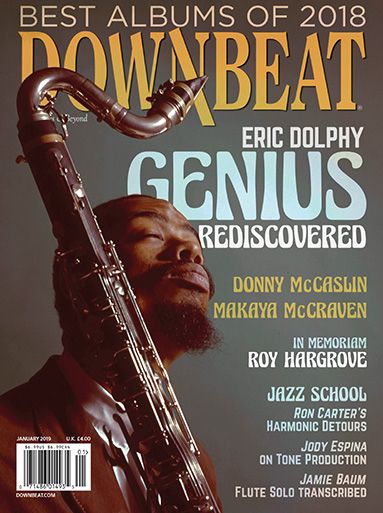 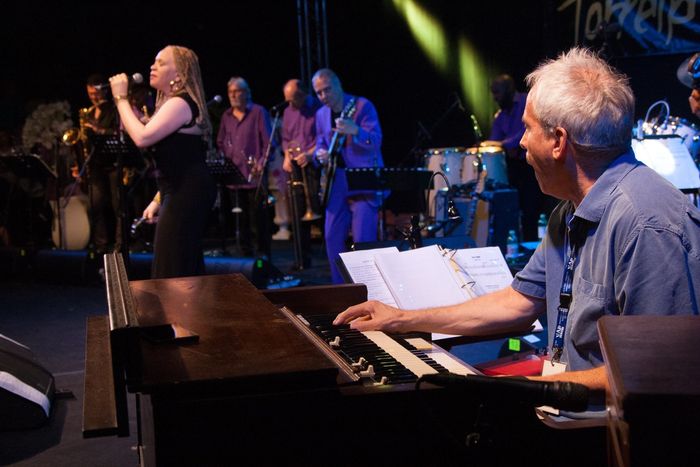 Louis & LaRhonda at Porretta 2017 with the Anthony Paule Soul Orchestra 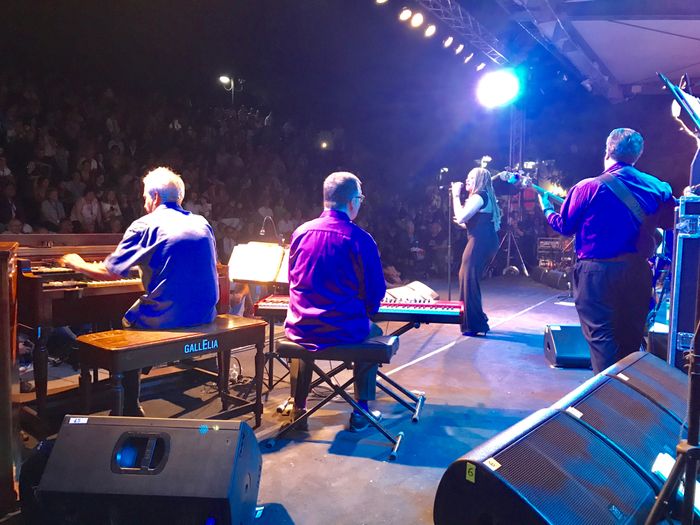 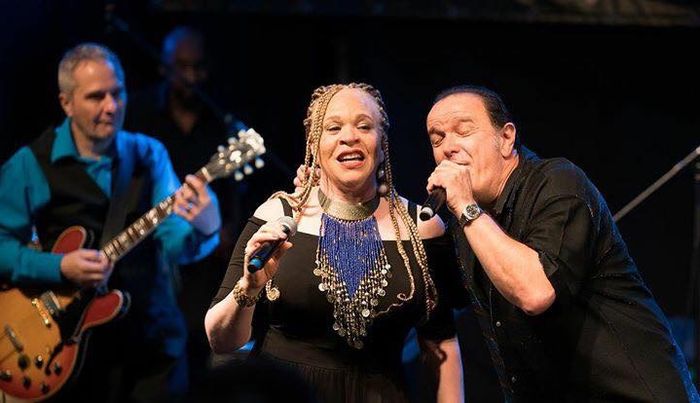 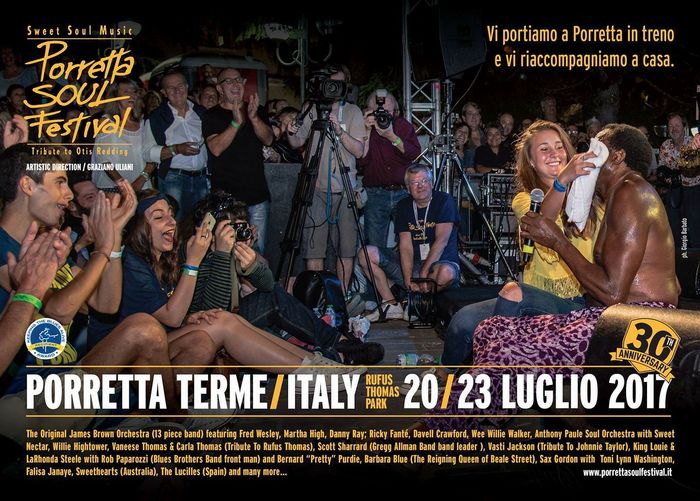 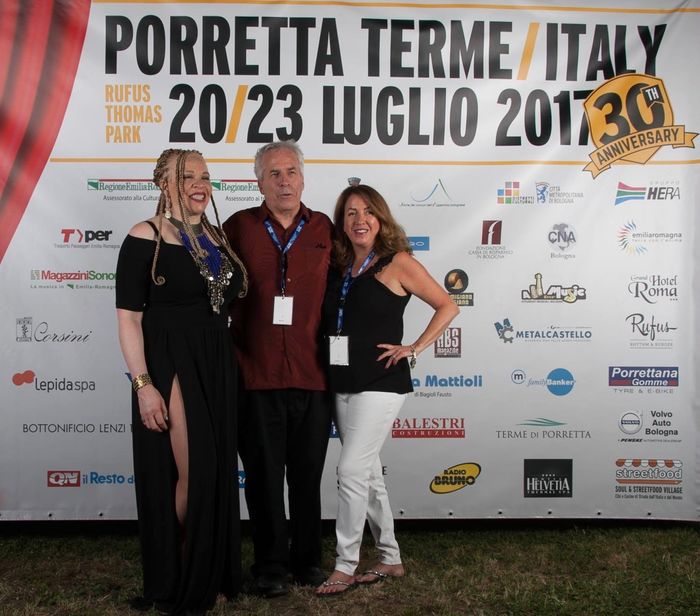 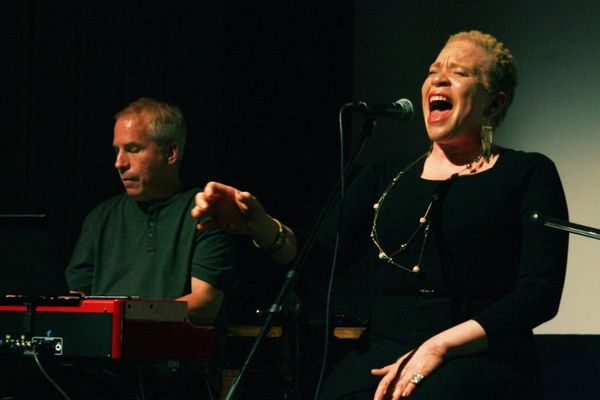 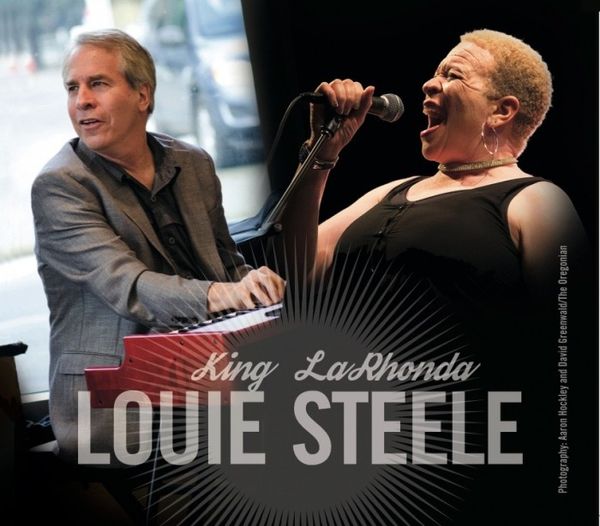 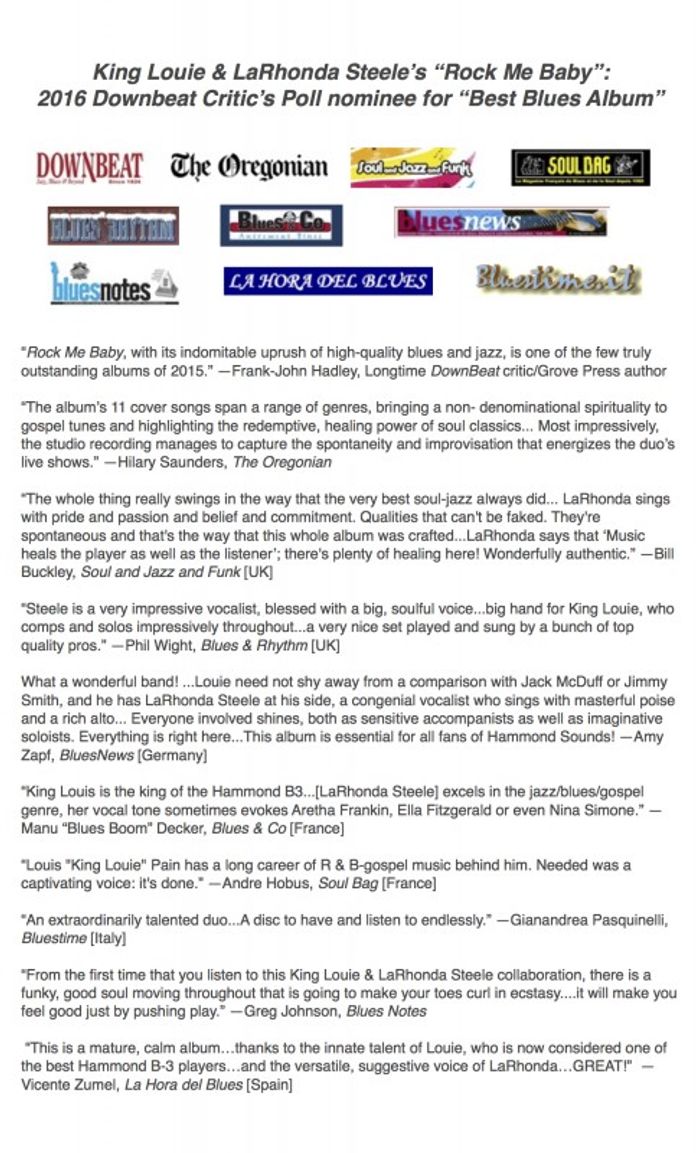 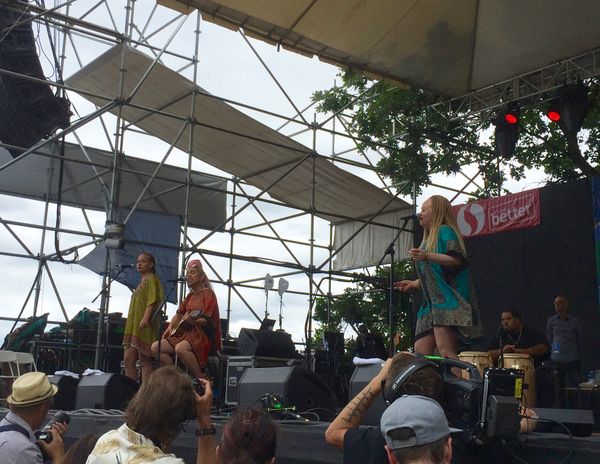 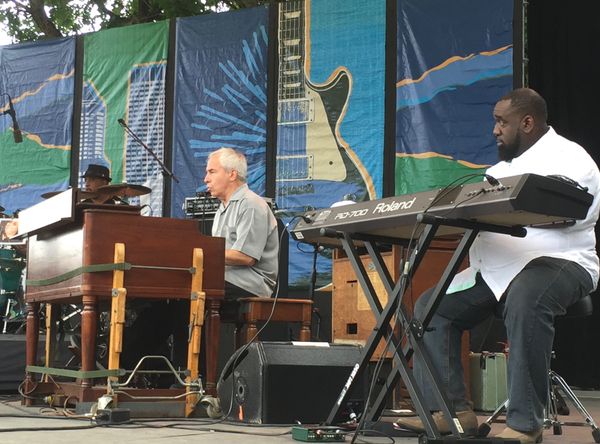 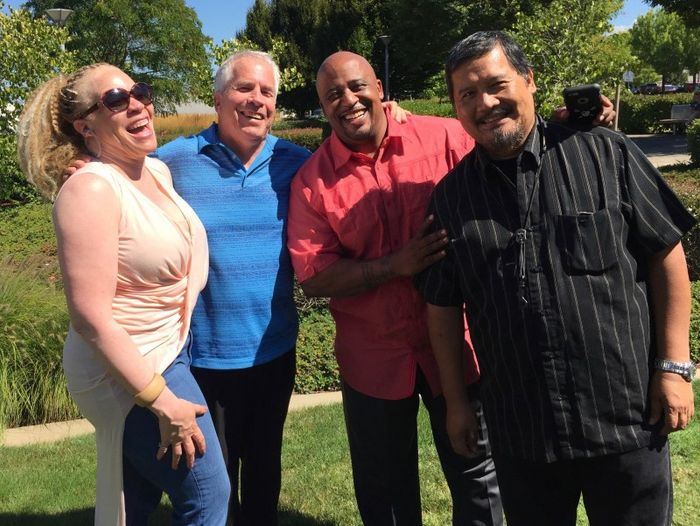 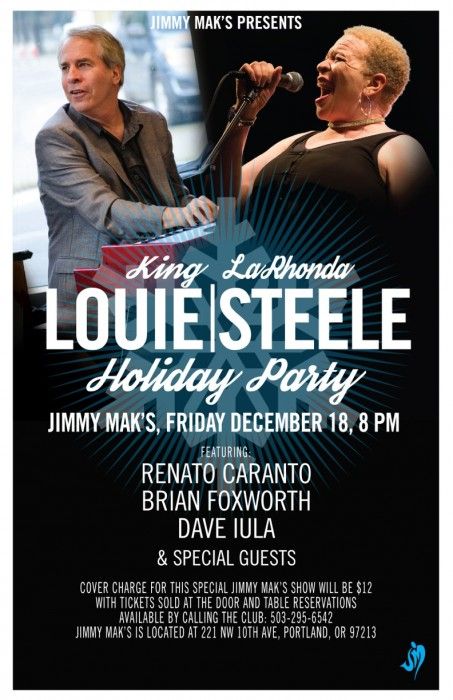