King Louie & Friends is a musical group of varying size & instrumentation that plays private events, including wedding receptions and corporate parties & events.  The band was flown out to Indianapolis on two occasions by Nike, Inc. to provide entertainment for the annual Finish Line Store Manager's Conference.

Concerts For a Cause

“Louis Pain is my go-to music guy for Nike events of all types.  I’ve always counted on him to deliver--assembling the best musicians to create bands of varying sizes and styles.  And Louis has come thru time & time again, at everything from televised awards shows to company parties. --Michael Doherty, Creative Director for Global Presentation, Nike, Inc.

“Louis has participated in three creativity workshops I’ve organized and facilitated: at Nike and at Jimmy Mak’s with the Mel Brown group, and at Wieden & Kennedy with his own band.  In each case, Louis was tremendously helpful in showing how the spontaneous, interactive creative process of top musicians relates to creativity in the corporate environment.”  --Mark Smith, Creative Director of Jordan Brand, Nike, Inc.

“King Louie & Friends has performed at my own private parties, as well as at numerous Nike corporate events.  Each time they’ve been great fun: soulful and thoroughly entertaining.”  --Tinker Hatfield, VP of Design, Nike, Inc.

“King Louie & Friends put on a wonderful performance, full of energy and pure emotion!  Their soulful music kept guests and the wedding party dancing long into the evening with an array of unique and highly-requested songs.  We highly recommend Louis’ band to our clients!”  --Becky Arbeene, Soiree special event planning

“I’m more than happy to let the fiancees of Portland know that you guys rock and are exactly what people should be looking for as a non-cheesy alternative.  We got tons and tons of compliments on the music at our wedding.  Everyone enjoyed your band, both young and old.”  --Ali Katzen

“We wanted our wedding to be special--including the music.  Louis Pain’s group was perfect; we’re still getting compliments on the music now, two years after our wedding!”  --Justin & Jenelle Durrie

"King Louie & Friends was definitely one of the highlights of my wedding.  I wanted the band to be memorable, and Louis definitely delivered.  We had Sweet Baby James crooning during the dinner set and Linda Hornbuckle belting for the dance set.  How cool is that?  My guests were blown away."  --Joe Boyle, Columbia Sportswear

“You guys were awesome.  Everyone loved you so much!”  --Elizabeth Spagat

"I hired King Louie & Friends to play at my oldest daughter's wedding.  The band was so great that I've hired them for my younger daughter's wedding, coming up next year!"  --Nick Schwartz, Vice-President Sales, Apparel and Accessories at Wolverine World Wide

Thank you again for making our wedding reception in October such a fun party!  The band had everyone up and dancing the entire evening.  Grandparents and friends alike have repeatedly said how much fun they had and how incredible your performance was. We really felt the energy you guys put out there and it meant a lot to us to have a music-filled evening.  Thank you.  Words are not enough, thank you!  --Cailin Rarey

Thanks so much, the music couldn’t have been better!  We have had more thank you cards and comments from those who came than I can remember any other time at our annual party.  Particularly about how much they enjoyed dancing and wanted to do it more!  So again thanks to all of the band members who made it possible and for letting our son sing, which I’ve always loved, with such a great back up band.  --Eva Kutas

For the Portland Center Stage's annual fundraising event on 5-5-12 ("Blues Rendezvous; A Night on the Bayou"), Louis organized the music for four separate phases: 1) the Juke Joint Cocktail Reception & Entertainment (held in a parking garage kitty-corner from the theater); 2) the Horn Processional (leading the party-goers from the "juke joint" to the theater and serenading them as they filed in); 3) the Live Auction & Entertainment; and 4) the Blues House After Party. 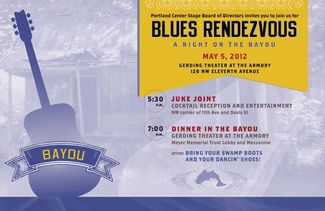 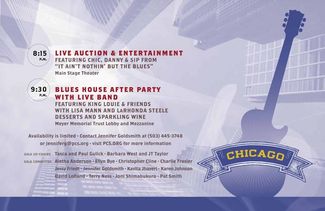 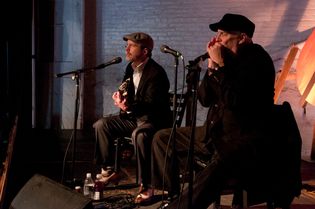 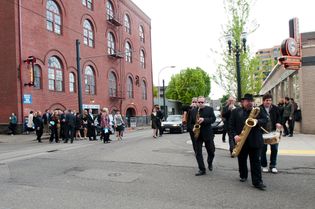 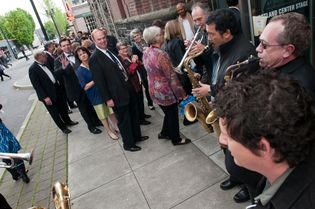 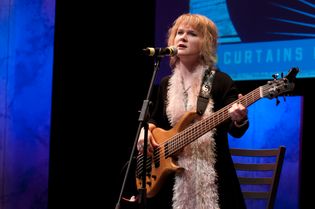 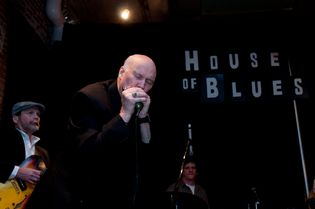 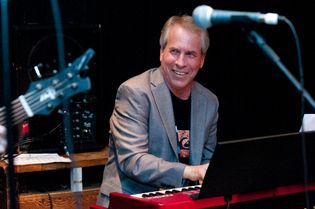 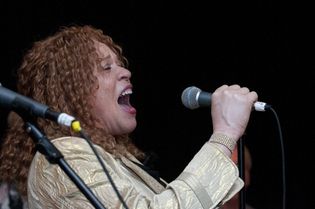 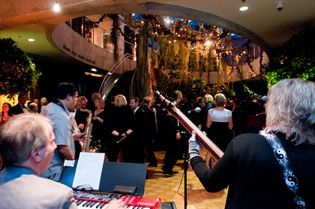 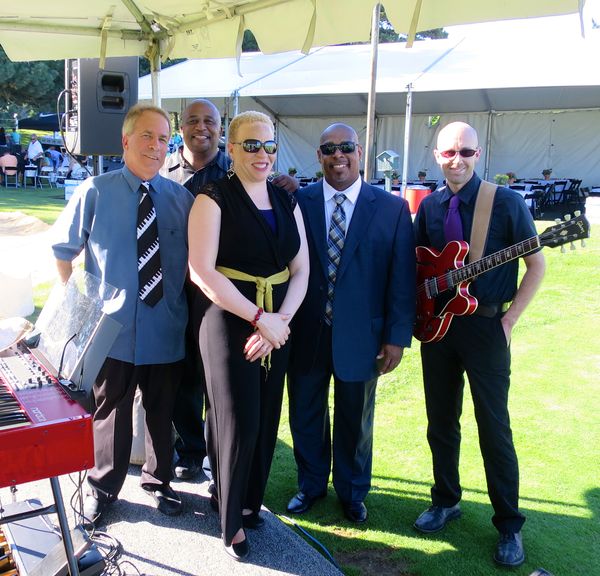 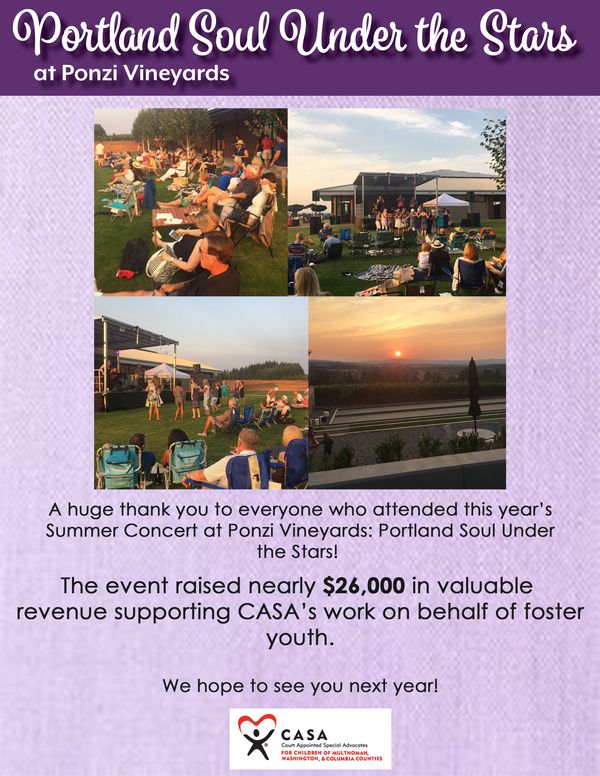 King Louie & Friends was proud to contribute to the wonderful CASA cause at their 2017 event! 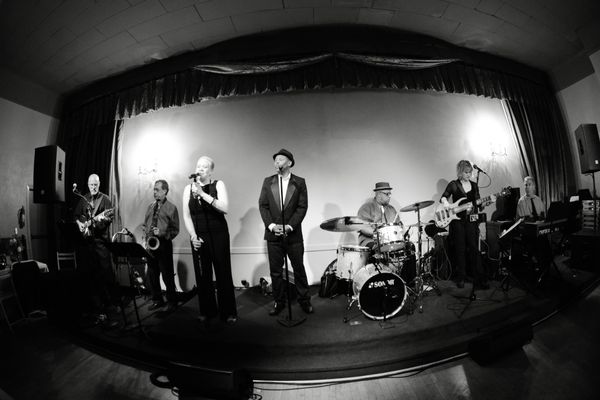 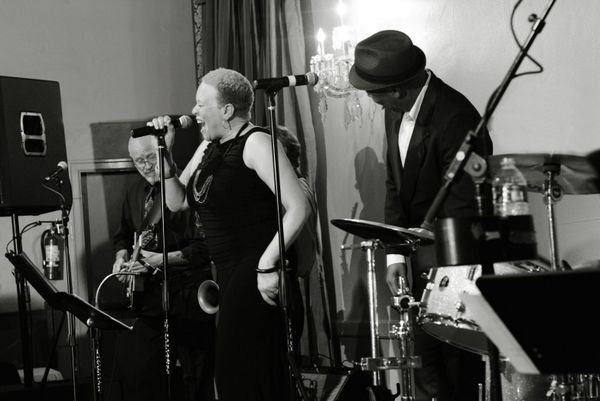 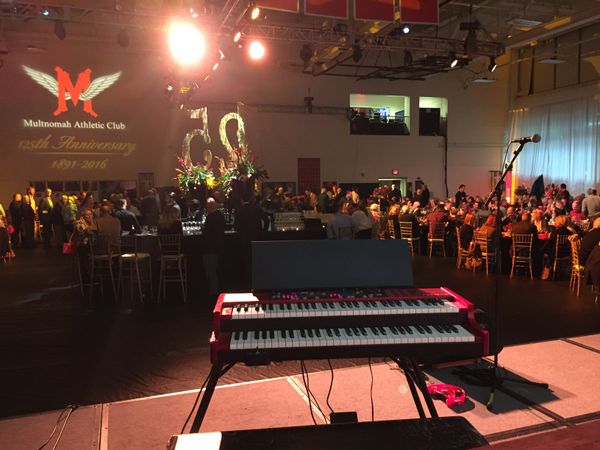 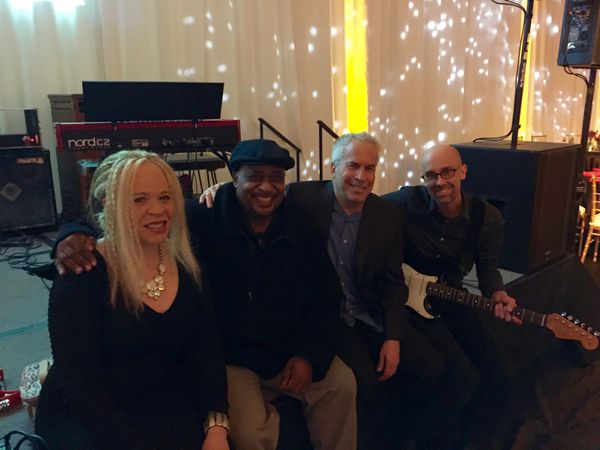 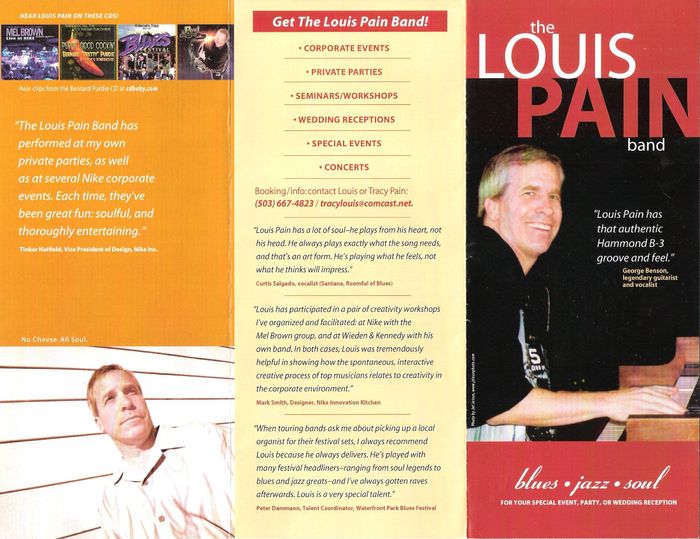 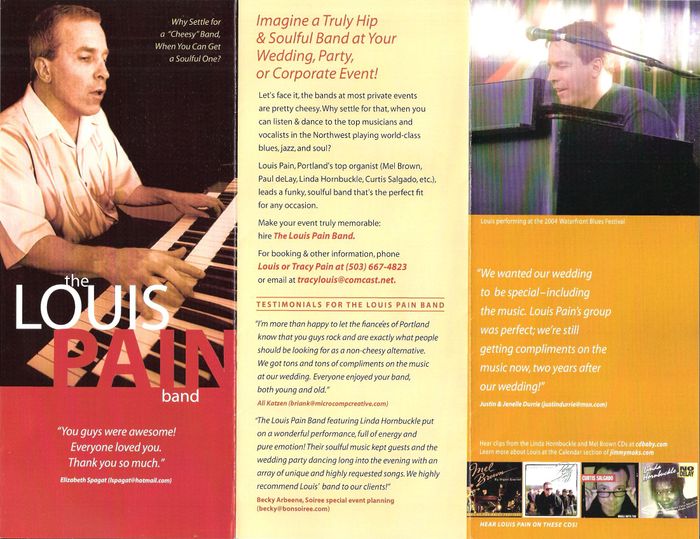