Louis greatly enjoys playing music for seniors and has been doing so for some time.  From 2011-14, Louis worked with the late Jim Miller’s Golden Harvest Music.  Miller made successful presentations to the Smithsonian Institution in Washington D.C. and to Oregon Health Sciences University, scientifically demonstrating the restorative power of music with seniors.  From Jim, Louis learned conversational tools and techniques to further enhance the cognitive benefits of performing nostalgic music for seniors.

Louis also performed for seniors with the late great vocalist “Sweet Baby” James Benton, who was a strong believer in musical outreach to senior communities. 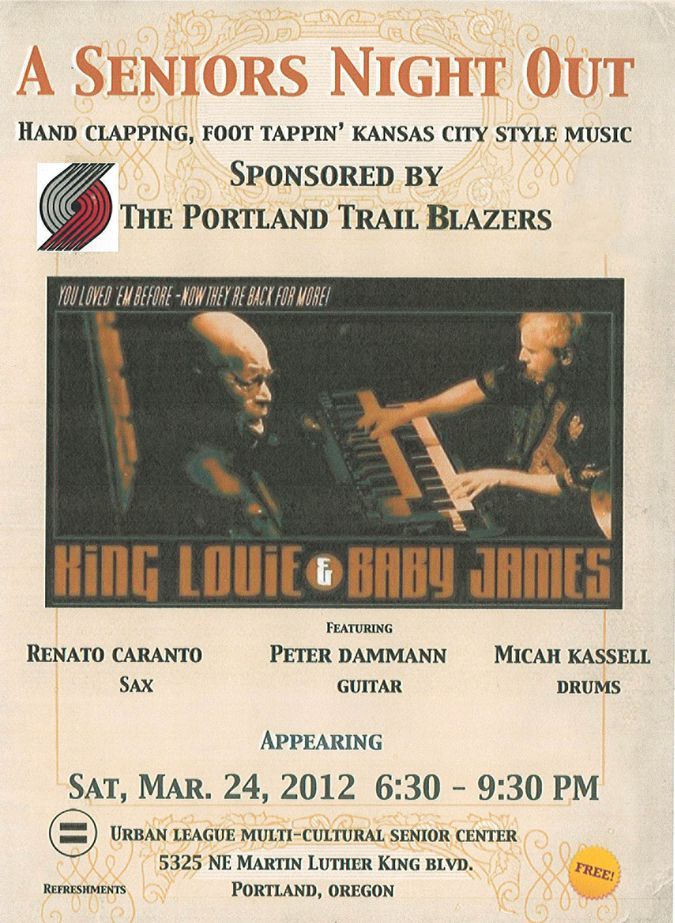 More recently, Louis has been performing at numerous Portland-area retirement communities as a duo with either vocalist Sean Holmes or saxophonist Renato Caranto.  Both have a wonderful knack for connection with senior audiences, and the guys are already booked for return engagements at each of the communities they’ve performed at! 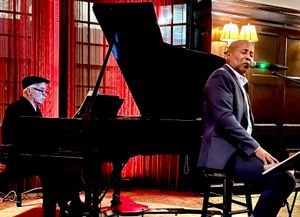 At one recent retirement community performance, a straggler broke into song as Louis and Renato were packing up.  That turned into a fun impromptu sax/vocal performance!